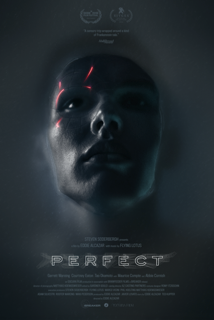 A new clip has been released for the upcoming scifi thriller "Perfect". The film, directed by Eddie Alcazar, will be released in NY on May 17th, LA on May 24th. Breaker plans a VOD launch June 21st on Breaker.io

The film introduces Garrett Wareing as an emotionally-troubled young man  His whose mother (Abbie Cornish) sends him to a clinic, where modernist serenity whispers soothing promises of perfection. By planting plug-and-play characteristics directly into his own body, he is relieved of his dark, twisted visions, but his body pays the price for purity of mind.