Horror Anthology "Nightmare Cinema" To Play In Canada This June 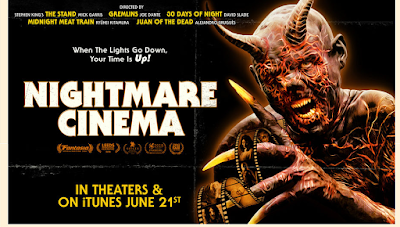 The film involves five strangers drawn to an abandoned theatre. Here, the Projectionist (Mickey Rourke) plays a new reel for each of them.