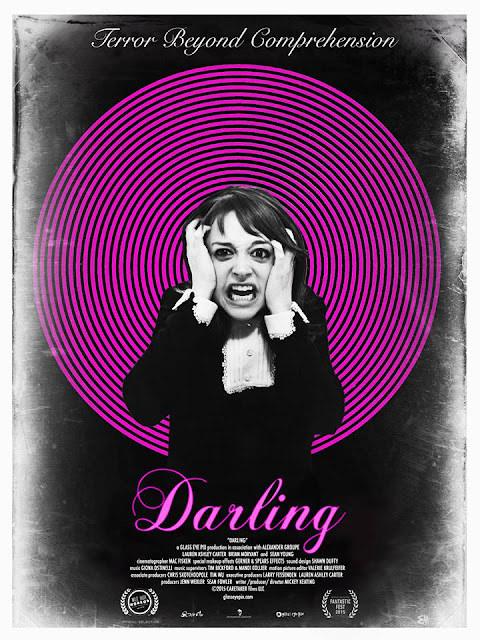 DARLING follows a lonely young woman who moves into an old, mysterious Manhattan mansion. Hired as caretaker, it's not long before she discovers the estate's haunted reputation and troubling past—stories that slowly transform into a backdrop for her twisted and violent descent into madness... Mickey Keating’s new feature is a chilling black‐and‐white psychological horror story beautifully shot in New York City. Edited like a nightmare and scored like a hallucination.