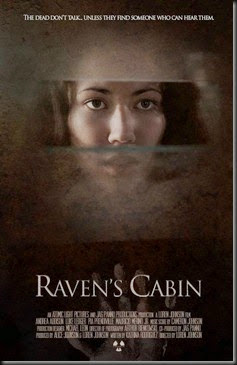 The first trailer has been released for thriller “Raven’s Cabin”. The Aussie flick is directed by Loren Johnson and stars Andrea Burdett, Luke Ledger,  Pia Prendiville. “Raven’s Cabin” made its debut at Monster Fest in Perth, Western Australia. This should be an interesting film, one thing Aussies are good at are dramatic thrillers.

Bound, gagged and blindfolded, several teens are grabbed in the middle of the night and taken to Redback, a youth behavior modification facility deep in the Australian bush. They're completely cut off from the rest of the world; isolated and tested in the unforgiving camp. Rumors travel through the camp that a few years earlier a girl reportedly hanged herself. But that's just a rumor. Only the dead girl and her murderer know the truth and the dead don't talk... unless they find someone who can hear them.