Full Trailer Surfaces For ‘From Dusk Till Dawn’ Series 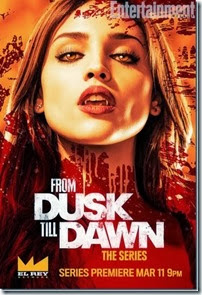 A Texas Ranger is in hot pursuit of the infamous  Gecko brothers, a pair of psychotic bank robbers who kidnap a family after their latest robbery.  When the group takes a detour to a brothel in Mexico, they soon learn that the establishment is run by vampires.