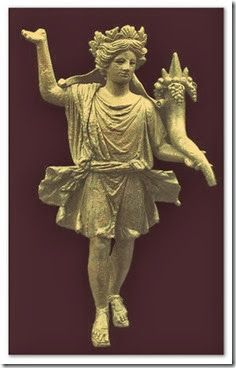 December 23rd is the Larentalia. A festival to honor the home’s divinities, the Lares, a kind of domestic genii that was worshipped as protectors of one’s home, watching over the family. During this festival, offerings are made to the dead. A symbolic sacrifice is typically offered at the hearth or near the cooking stove (I place my offering on the kitchen counter next to the stove. Larentalia was part of a series of ancient Roman festivals and holidays celebrating the end of the old year and the start of the new.
Posted by A Southern Horror Fan