Check Out The Trailer For Out There Sci-Fi “Upside Down” 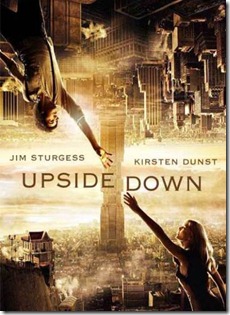 The concept for “Upside Down” is a bit out there even for a sci-fi film with it’s dual reality mirror worlds nestled so close to one another that even romance and whimsical desire are possible. The film is directed by Juan Diego Solanas who directed “The Man Without A Head”. It stars Kirsten Dunst, Kim Sturgess,  Agnieshka Wnorowska, James Kidnie, Neil Napier and Jayne Heitmeyer. The film is yet another example that disproves the stigma that science fiction has no heart.

Kept apart from the girl he has loved his entire life; Adam must fight to reunite with Eden. But the laws of his world as well as the laws of gravity keep him from her. Adam must risk everything to access the forbidden world of affluence that exists literally above him. As he struggles to keep the authorities from discovering him while manipulating the gravitational force that physically pulls him back to his world, Adam faces insurmountable danger in hopes of finding his long-lost love.