Behind The Scene Look At Darla Rae’s “Brutal” 2012 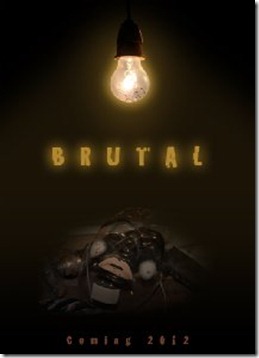 "Brutal" starring A. Michael Baldwin of Don Coscarelli's "Phantasm" franchise is now completed – and looking for distribution.
Baldwin waited 12 years for the right film to to come along to make his return to the big screen. The whole world sees him as Mike Pearson from "Phantasm", a very iconic part. Many film makers who grew up as fans have offered him lead roles in their movies but he turned them down. He was never going to return to the film industry and act again, unless he could find another iconic & memorable role, that would separate him from  "Phantasm". That role finally came when he read the script for "Brutal".
The music for "Brutal" is composed by John Carpenter's (Halloween) partner of over a decade, Mr. Alan Howarth. Alan has worked on some of the biggest films of all-time, Halloween 2-6, Star Trek 1-6, The Thing, and many, many more. Alan completely transformed "Brutal" with the soundtrack just like John Carpenter did with Halloween 35 years before.
Darla Rae, co-director, is an award winning director who got her start in film as an actress in John Carpenter's Halloween. Finally, special effect make-up was by Christina Kortum, who also works on the hit T.V. show "Grimm"


For more information please check out the website http://www.brutalmovie.net/
"Brutal" in IMDb: http://www.imdb.com/title/tt2129932/
Posted by A Southern Horror Fan