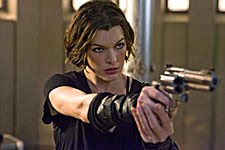 The $27.7 million opening marked the best of the franchise, topping 2007's Resident Evil: Extinction ($23.7 million). The third film finished with $51 million domestically and $97 million overseas for a worldwide total of $147.7 million.