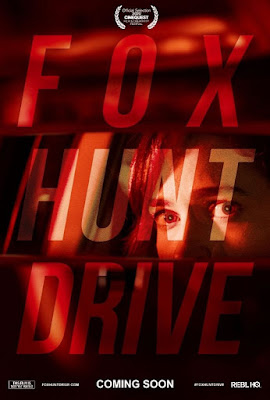 The official trailer has been released for "Fox Hunt Drive" ahead of the films world premiere at Cinequest this March. The film is directed by Drew Walkup and stars Lizzie Zerebko, Michael Olavson.

Alison, a down-on-her-luck young woman spends her evenings trying to make ends meet as a ride-share driver. While wrapping up her shift, she decides to take on one last passenger – only to find herself in unexpected danger when she discovers the mysterious stranger is not who he appears to be. When she discovers blood-stained jewelry and a gun in her passenger’s bag, she begins to fear that she may not make it out of this trip alive.