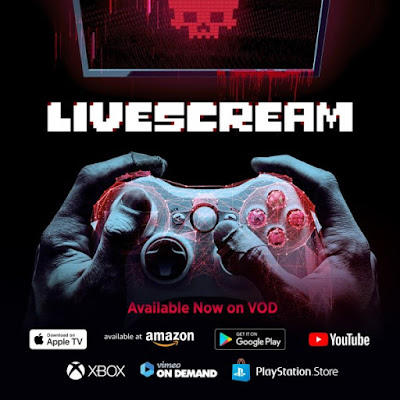 Livescream is a feature length gaming horror film from Octopunk Media, written and directed by Michelle Iannantuono and starring Gunner Willis. The film is now available on VOD worldwide. Blu-ray release from FilmSpawn/HorrorPack is available now, directly from Octopunk Media at the link here.

The film film unfolds through a live-streaming interface where Scott, a popular video game streamer, begins to play a mysterious horror game sent to him by an anonymous fan. When his followers start dying one by one, he soon realizes there is something extremely sinister about the game and the consequences are real.