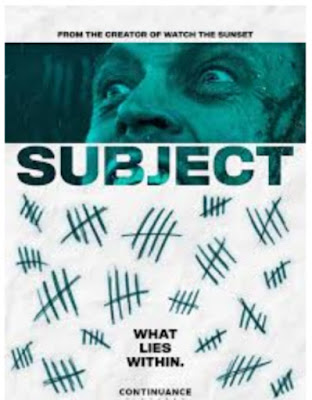 SUBJECT, written by Los Angeles native Vincent Befi, will be the next film from award-winning Australian filmmaker Tristan Barr.

Barr’s most recent film Watch This Sunset, which he co-directed with Michael Gosden and shot in just one take, is one of the most celebrated Australian films of the decade.
Barr and David Gim will produce SUBJECT under their Continuance Pictures label.
The complex, frightening story of a prison inmate chosen to participate in a secretive government study, SUBJECT was originally submitted to Continuance Pictures for a short film initiative they were running called ‘Continue’. Producers Barr and Gim saw something even greater than a short within the high-concept screenplay and approached Befi about a feature version.
Australian actor Stephen Phillips (TV’s “The Leftovers”, “Winners & Losers”) will headline the film, with Gabriel Seow, Cecilia Low and Barr co-starring.
“Stephen is the perfect fit. He’s exceedingly talented and yet to really break out, which is what you want in actors for a found footage project like this,” says Barr.
SUBJECT will be shot in Melbourne, Australia later this year and is expected for a 2020 release date.
Posted by A Southern Horror Fan