First Trailer Revealed For "The Midnighters 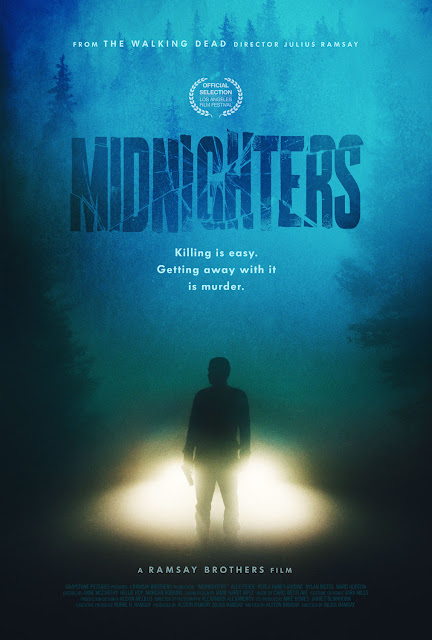 MIDNIGHTERS marks the debut feature of director and features compelling and complicated female leads played by Alex Essoe (Starry Eyes, Tales of Halloween), Perla Haney-Jardine (Steve Jobs, Spider-Man 3) along with strong performances by Dylan McTee (MTV’s “Sweet Vicious”) and Ward Horton (Annabelle, The Wolf of Wall Street).
Synopsis: Midnight, New Year’s EvMIDNIGHTERS e: when all the hopes of new beginnings come to life – except for Lindsey and Jeff Pittman, whose strained marriage faces the ultimate test after they cover up a terrible crime and find themselves entangled in a Hitchcockian web of deceit and madness. From Walking Dead director Julius Ramsay, Midnighters is a layered, enigmatic thriller set in the Gothic backwoods of New England – the perfect place to get away with murder.
Posted by A Southern Horror Fan