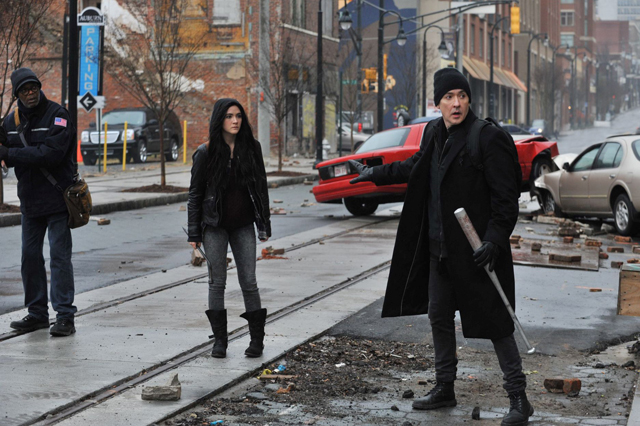 Distribution details have been announced for Stephen King's upcoming film, "Cell" starring John Cusack. The film has been picked up by Saban Films who take U.S. sales rights. "Cell" is based on the apocalyptic novel of the same name by Stephen King, who adapted the screenplay along with Adam Alleca. The film costars Samuel L. Jackson and Isabelle Fuhrman.


When a mysterious cell phone signal is broadcast across the network and turns the population into mindless animals, struggling graphic artist Clay Riddell (Cusack) bands together with a small group of fellow survivors to trek across a decimated New England to seek answers and reunite with his son.
Saban Films President Bill Bromiley said, “Stephen King is widely recognized as a master of the horror genre. Combining his talent along with Todd’s vision and this dynamic cast, which reteams King, John Cusak and Samuel L. Jackson for the first time since ‘1408,’ delivers a truly unique modern tale of survival.”
I enjoyed working on ‘Cell’ and love the way it turned out,” said Stephen King. “Kip Williams has made a scary and thoroughly entertaining movie. But you may want to put your cell phone in the freezer after seeing it.”
Posted by A Southern Horror Fan