The first official poster has been released for The Vicious Brothers’ “Extraterrestrial”. The film will hit VOD on October 17th thanks to IFC with a theatrical release on November 21st.  The film is directed by Colin Minihan and stars Brittany Allen, Freddie Stroma, Melanie Papalia, Jesse Moss, Gil Bellows.

Hoping to spend a romantic weekend in the woods at her parents' cabin, April (Brittany Allen) is dismayed when her boyfriend Kyle (Freddie Stroma) invites his friends to party in the woods. As the group settles into the secluded location, they discover that a UFO has crashed nearby and that they are being observed by one of the craft's survivors. They end up attacking and killing the alien, which prompts a series of attacks by its crew mates. 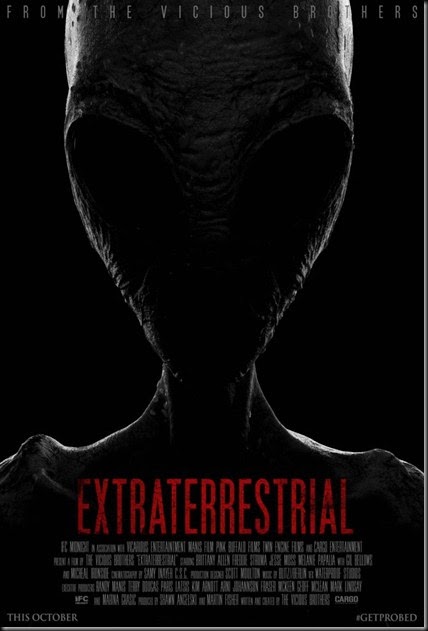