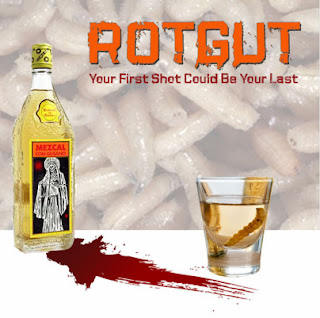 The story revolves around a seedy downtown bar on a seemingly quiet Sunday morning. Arriving at the doors is the usual collection of drunks, losers and lost souls. But when a batch of very bad booze is introduced into the mix, this group of unlikely, down-on-their-heels heroes must fight back against a growing horde of mutated, brain-eating maggot creatures.

Drink up quick. Because Happy Hour is over.


"Rotgut: The Movie" Site!
Posted by A Southern Horror Fan